How the Behavioral Science of Feedback Can Improve Healthcare Decisions

One of the more adaptive features of how humans are wired is that we don’t have to think about each and every thing we do.  We don’t have to get up in the morning and think about how to brush our teeth.  We have a powerful autopilot that has been programmed by lots of repetition and reinforced by the familiarity of our environment. Think about the last time you were driving along and you forgot where you were going or were shocked to realize you’ve been cruising 10 or so miles over the speed limit.  That doesn’t happen when you are in an unfamiliar city but along the streets you’ve driven hundreds of times. Our brains pick up on the familiar surroundings and switch us to some level of autopilot. And this same mechanism comes into play when we are making decisions.

When we make decisions based on well-known information, our brains pick up on familiar clues that leaves us with a sense we just “know” what to do, saving us lots of time deliberating. But this can also be a real bottleneck if you are trying to learn a new behavior or make complex decisions.Those familiar clues could lead us down the wrong path.

The good news is that this tendency can be corrected.  We are wired with a mechanism to regulate our behavior that is powered simply by one critical piece of information – feedback on our actions. Receiving information about what we have done in the past—and what the consequences of that decision or behavior were—helps us reevaluate if they actually match our goals, giving us the opportunity to change over time. Leveraging the power of this type of information is nothing new. Therapists have been using this technique for decades just by having clients keep diaries of their behavior and evaluating if it matches their goals. Feedback is also a common feature built into most fitness apps and wearables. It’s what you’ll see in high-risk traffic zones, with speed limit signs flashing real-time feedback of what “Your speed is.”

A recent study shows how such feedback can be used in the context of healthcare.  Researchers sought to see what impact, if any, providing feedback to physicians on the consequences of their behavior could have on their future opioid prescriptions. Feedback came in the form of a personalized letter from the Medical Examiner’s Office, informing them that they had prescribed opioids to a patient who subsequently died from an overdose. The results found that the letter reduced opioid prescriptions filled for the following four months. Also, compared to physicians who did not receive the letter (but also had a patient who overdosed), physicians receiving the letter were less likely to prescribe opioids to new patients and less likely to prescribe high-dose formulations.

Now, the point is not that physicians are on “autopilot” when prescribing opioids or any other medication. But this simple, elegant intervention addressed several fundamental bottlenecks associated with making somewhat routine decisions (writing a prescription) in a familiar context (treating well-known patients). A number of critical features of this study demonstrate how to overcome the fact that we are all vulnerable to making less optimal decisions when we are blind to the consequences of our behavior. 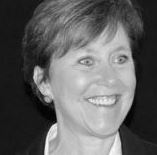