Diabetes Rates on the Decline: the Good News and the Bad

Atlanta, GA — Let’s start with the good news. The CDC’s latest report on diabetes rates in the US shows a 35% decrease in new cases in recent years — and that appears especially promising when you consider this comes on the heels of steady increases in both incidence and prevalence over the past two decades. By the numbers, the data reveals a decrease of around 400,000 cases per year in 2017 (the most recent available) versus its peak incidence in 2009, when new diagnoses hit an all-time high of 1.7 million.

Researchers haven’t yet pinned down a conclusive cause of these declines, but the CDC publication suggested multiple likely candidates, including:

Now for the bad news: these general improvements aren’t evenly spread across the board. A closer look at the data reveals that the greatest improvements came from white adults — one of the populations that have historically had both the best prevalence rates and outcomes in the US. According to the publication itself,

Inspection of trends in population subgroups suggests that the decrease in incidence was driven primarily by non-Hispanic white adults whose incidence peaked in 2008 and then declined… there were potentially important demographic disparities, as prevalence continued to increase among young adults, those with a lower education, and non-Hispanic black and Hispanic populations. (emphasis added)

If we take those potential drivers of improvement suggested by the CDC above as a starting point, perhaps advances on other fronts could drive positive change in those populations lagging behind. In recent years, we’ve continued to see increased coverage, conversation and concern over social determinants of health. Everyone from politicians to behavioral scientists has suggested ways in which we might support underserved or over-impacted sub-populations.

In light of this ever-expanding pile of evidence and the growing suite of tools at our disposal to drive meaningful change, policymakers, physicians and pharma likely have everything they need at hand to make a difference. Look for leaders in diabetes to leverage these new tools and techniques to ensure these improvements continue and reach more underserved populations in the future.

Drew Beck brings more than a decade of broad healthcare experience to GSW in his role as the Director of Innovation. He has enjoyed working for big healthcare names including Eli Lilly & Co. and GlaxoSmithKline in Global Marketing and Pharmaceutical Sales roles, but his start came from hands-on work in patient care in Emergency Medicine. This foundation has given him a deep understanding of both patients and healthcare professionals. In his current role, he combines all he has learned from this background with insights into current market trends to help clients drive the future of their brands. 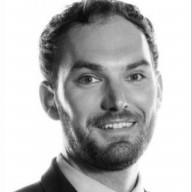