Within a few days of the Aduhelm approval, the conversation quickly shifted from the first treatment for Alzheimer’s disease to the exorbitant cost ($56,000 annually) and whether the budgetary impact on society of the drug’s broad label is worth the therapeutic outcomes. The chorus of criticism is bipartisan, with Senators Elizabeth Warren (D-MA) and Bill Cassidy (R-LA) writing the Senate Finance Committee leadership requesting a congressional hearing into the matter.

Why this matters: With bipartisan support, it seems likely there will be a congressional hearing, where Biogen and the FDA will face hostile reception. Comments from Biogen CEO Michel Vounatsos that he will not increase the price in the next four years and engage with Medicaid and Veterans Affairs will likely be insufficient to quell concerns.

Why this matters: CMS is going to come under significant pressure to negotiate a lower price and insurance companies are going to drive a hard bargain. This could lead to CMS demonstration projects measuring the impact and benefit of coverage of Aduhelm versus more limited coverage.

Eli Lilly has announced its plans to file an application for an "accelerated approval" of its experimental Alzheimer's treatment, donanemab, with the FDA later this year. Previously, Lilly would have faced issues with approval, since it hasn’t completed even one late-stage trial (the FDA generally requires two). But Lilly is arguing that FDA set a precedent with its approval of Aduhelm and that it needs to be extended to donanemab as well.

"The path for accelerated approval shouldn't be present there just for one drug. That should be a new regulatory standard," Dan Skovronsky, Eli Lilly's chief scientific officer, said at an investor conference after the FDA approved Aduhelm.

Why this matters: This is going to further increase scrutiny on the cost of drugs approved under the FDA’s expedited approval pathways. Payers and third-party value assessors, such as ICER, will likely claim society is paying for the heavy cost of “experimental” and unproven drugs.

What this means for life sciences companies

Whether you are developing in chronic or rare indications, increased scrutiny on pricing and accelerated-approval pathways spells complication. Congress will apply significant pressure, and CMS has some flexibilities with how they may choose to cover Aduhelm.

Additionally, the price scrutiny is being invoked at a critical time. For the first time in a decade, the life sciences industry is enjoying a renewed positive reputation—which may be transient, as a result of perceptions of inappropriate pricing.

Here are some key actions that manufacturers and developers ought to consider: 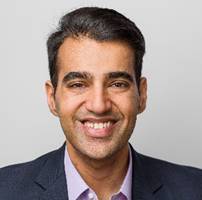