From earthquakes to hurricanes, extreme and volatile weather impacts nearly every country in the world each year. And, with a warming climate, it’s expected that the frequency and intensity of such events will continue to rise in the future. Natural disasters have more than just a physical and financial impact. One new report suggests that natural disaster survivors are at higher risk for depression, anxiety and other mental health conditions.

"This study shows that exposure to extreme or even moderate weather events may result in 'psychological casualties,' with significant impacts on mental health," said Hilary Graham, study author and professor at the University of York in England.

The study examined data from a 2014 mental health survey in England. From December 2013 to March 2014, there were a series of severe winter storms and extensive flooding that struck the UK. Taking into account factors such as socioeconomic status and physical health, researchers found that people whose homes had suffered from the adverse weather events had a 50% increase in their risk for mental health struggles.

In the US, studies conducted in recent years have found similar results. A 2017 report from the American Psychological Association took a look at the impacts and implications of our changing climate on mental health. In one example, researchers sampled a group of survivors living in areas affected by Hurricane Katrina. For those included in the sample, suicide and suicidal ideation more than doubled, with one in six people meeting the diagnostic criteria for PTSD.

“Climate change-induced disasters have a high potential for immediate and severe psychological trauma from personal injury, injury or death of a loved one, damage to or loss of personal property (e.g., home) and pets, and disruption in or loss of livelihood,” as reported by the study.

So, what can we do to transform these insights into action? Some are urging local governments to incorporate psychological recovery into their disaster preparedness plans, while others are taking initiative to create their own programs.

Take a look at Joplin, Missouri. After a 2011 EF5 tornado killed 161 people in the area, Stephen McCullough, a mental health service provider, partnered with a local center to provide trauma training as part of a program called Healing Joplin. Teams participating in the program traveled to as many houses at they could to provide comfort, support and resources to those impacted by the storm. Despite disbanding after a year and a half, Healing Joplin has been used as a model for FEMA’s new program geared toward the mental health needs of smaller communities after natural disasters.

With other similar programs being introduced and implemented around the world, sometimes all it takes is an idea to make a difference. As we brace ourselves for what’s to come as our climate continues to grow warmer by the day, local programs will help to put the needs of their communities at the forefront of large-scale conversations surrounding mental health and what’s needed to effectively provide support.

Khye Tucker is an Innovation Strategist in Columbus, OH. With a passion for writing and a background in communications, Khye strives to bring brand stories to life through a fresh perspective, innovative thinking and creative storytelling. 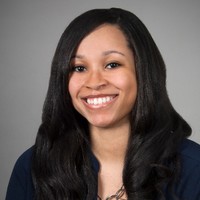