What a difference 24 hours can make. Yesterday, there was widespread celebration across stakeholders following the FDA approval of Amylyx's treatment for ALS, Relyvrio. Now, cheers are turning to criticism, after the price of the drug was announced by the company this morning on their investor call.

Amylyx announced the price at $12,500 per month, which others have translated to an annual cost of about $158,000/year. This puts it slightly under the price of the two drugs currently indicated for treatment.

Since the price was announced, the reaction has been robust and negative:

ICER (Institute for Clinical and Economic Review): ICER Chief Medical Officer, David Rind: “If you’re going to charge $160,000, for a drug that only provides relatively small benefits — and I don’t want to downplay five months of life, and people only have three years to live — that’s a big deal. But if you overpay for that, you’re going to be hurting other people. Not with ALS, but with other diseases.” Note, ICER had previously said a fair price for Relyvrio would be between $9,100 and $31,000 per year (such wide disparity between ICER "fair price" and announced price at approval is not unusual, however).

Investor: Bruce Booth, a partner at life sciences VC firm said the $158,000 annual cost is “even more egregious than I thought.” He likened the situation to Aduhelm, Biogen's treatment for Alzheimer's Disease which drew strong criticism for its price at approval amid equivocal efficacy ($56,000 per year - later reduced by about half by the manufacturer).

So, why is the price stirring so much ire when Relyvrio is priced rather similarly to alternative treatments?

A few dynamics may be at play:

While the conversation is still early, there appear to be several opportunities Amylyx may have missed which could have changed today's dialogue:

What does this mean for other companies?

While officially the regulatory processes and access mechanisms are distinct in the U.S., they have been intertwined in the public debate. Stakeholders are increasingly educated and engaged.

Today's evolving situation highlights again the critical importance of a thoughtful and deliberate pricing, value & access communication plan. This involves identifying key pricing risks and developing messages and proof points that address the potential concerns across a broad range of external stakeholder types. However, without laddering those messages to clear actions and telling your value and access story in the context of scientific innovation, stakeholders will not be supportive when they need to be.

During her eight years at Avalere, she led many complex engagements with pharma/biotech manufacturers across market access, product commercialization and value strategy.

She also oversaw Business Development efforts at Avalere and helped shape the Account Relationship Manager role there into what it is today.

Leigh Ann has a BS in Finance from the University of Illinois at Urbana-Champaign and an MBA in Health Sector Management from Duke University's Fuqua School of Business. 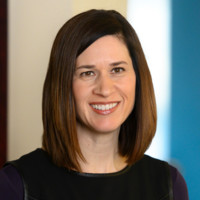