EASD’s Key Takeaways: The View from Boots on the Ground

Barcelona, Spain — The 55th Annual Meeting of the European Association for the Study of Diabetes (EASD) took place in Barcelona just a few weeks back. EASD is the largest European congress for diabetes and indeed one of the biggest networks for diabetologists worldwide. During its week-long agenda, major players from the diabetes space such as Novo Nordisk, Sanofi, AstraZeneca and Eli Lilly competed for the attention of 15,000 delegates from over 130 countries. Countless Syneos Health employees were in attendance — here’s 3 things that kept them talking:

Novo Nordisk presented data from their latest treatment, oral semaglutide, which was just approved in the U.S. under the brand name Rybelsus®. It showed superiority in lowering blood sugar compared to Jardiance® (BI & Eli Lilly), Januvia® (Merck) and Victoza® (Novo Nordisk). Oral semaglutide is the first-ever tablet version of a GLP-1, with analysts and media describing it as a potential ‘blockbuster’ product for the diabetes space.

Ahead of the congress, both Novo Nordisk and Sanofi also announced their own digital health partnerships with Medtronic and Abbott, respectively, generating a lot of interest among EASD media attendees. The partnerships will both see the companies’ blood glucose monitoring devices and smart insulin pens be connected, to help people with diabetes to better track and manage their sugar levels.

By 2045, its estimated that 629 million adults will have diabetes. In a crowded market place which has multiple classes and a complicated treatment pathway, pharma companies are looking to offer treatment benefits beyond blood glucose control. This includes cardiovascular and renal benefits, as well as lowering the risk of side effects such as hypoglycaemia.

Nick Murphy is a PR Account Manager and ‘Innovation champion’ at the Syneos Health London office. Nick acts as a link between the US Innovation team and London PR teams, helping to translate innovation resources into tangible actions for Global and EU clients. Working across multiple therapy areas, he is passionate about identifying new ways to engage with audiences. 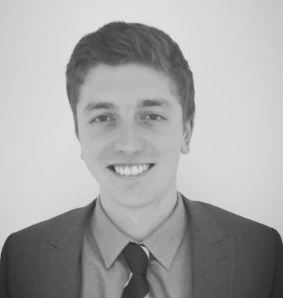