Space travel has continually offered new challenges and obstacles for humans as our drive to explore pushes us further and further from Earth. Namely, the quest to enable humans to travel greater distances and longer durations of time. The effects of space on the human body are still being researched, and in recent years we’ve discovered more about the effects. Loss of muscle mass, brittle bones, and behavioral issues due to isolation are just a few of the challenges astronauts face daily while in space and sometimes when they return to Earth. NASA and its partners have come up with effective and innovative solutions to combat or mitigate these negative effects, allowing for longer and longer missions.

The next hurdle: cardiovascular complications resulting from lack of gravity. A study was conducted using 11 healthy International Space Station (ISS) astronauts who were examined after 50 days in space. Of the 11 participants 7 had stagnant or reversed blood flow in their left internal jugular vein (IJV).  One crew member developed an occlusive internal jugular vein thrombus during spaceflight compromising flow through the blood vessel that drains blood from the brain, face and neck. With stagnant or reversed blood flow, astronauts run a risk of developing clots. As Dr. Andrew Feinberg, a professor of medicine at the Johns Hopkins University School of Medicine, explains: “If you get a clot in the internal jugular vein, the clot could travel to the lungs and cause a pulmonary embolism — that’s very dangerous. If that happens on a long-term mission, it could be calamitous.”

The study was a result of a NASA investigation into why almost 2/3 of astronauts returning from spending months in space reported blurry vision. While astronauts generally use their arms to move around, stimulating blood flow, the body still has a hard time regulating fluids in the upper body. This causes swelling around the face and bulging veins in photos of astronauts in space.

And Beyond: Findings such as this one may seem like cause for pause, and even a setback in the quest to Mars, but for the teams that work on problems like this, it’s an opportunity. In response to the findings Dr. Ben Levine, a cardiologist and professor of internal medicine at the University of Texas Southwestern Medical Center in Dallas, said “I’m intrigued by the study’s findings but not overly alarmed.” Missions to Mars would likely take 7 months, which is quite a bit longer than the 50 days of the studies participants. So, until humans are ready, machines will take the helm. 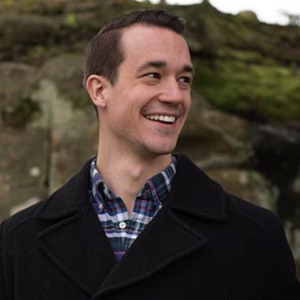